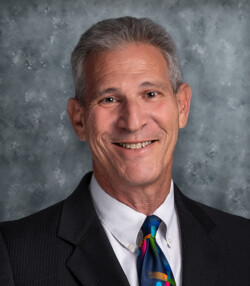 Jon brings 35 years of development and construction experience with the past 20 specifically within the senior living industry to the team. He began his real estate career in residential development with a national homebuilder as a trainee, eventually becoming the Land Division President, directing land acquisition, entitlement and development operations for Central Florida. He began his senior living experience with a national developer and manager of senior living communities based in the Pacific Northwest as the Regional Development Manager focusing on new developments, renovations and capital improvements throughout the southeast United States, and later moved to Seattle serving as the VP of Facilities and Capital Projects.

As the Vice President of Facilities and Development Services for Solvere Living, Jon directs the company’s involvement in new construction, renovations, capital improvement projects and other building related concerns, with a commitment to solutions and excellence based on his understanding that our residents are living in their home, not just a building.

Learn What Our Strengthfinder’s Themes Mean

Jon once fancied himself as a possible golf professional, but reality set in quickly on that dream. He still loves the game and has played many of the greatest courses in the United States. As an indoor activity, he learned to play bridge in college, loves the challenge of playing competitively in regional and national tournaments, and has achieved the ranking of Silver Life Master. Jon and his wife Shelley have two adult children, Adam and Joshua, and they spend as much time as they can travelling and visiting their grandchildren in Atlanta.